The AIM application is separate and distinct to being accepted to Mercyhurst University.

The mission of the Autism Initiative at Mercyhurst (AIM) is to facilitate and support the successful adjustment and progression of college students on the autism spectrum in all domains of college life, thereby broadening their vocational opportunities, and enhancing social and community engagement. The AIM program strives to accentuate each student’s abilities within the academic, independent living, social, emotional – vocational (AISE-V) domains, while building new skills within the domains where the student may be deficient.

The Autism Initiative at Mercyhurst (AIM) was established to support the vast influx of students on the autism spectrum that are applying to Mercyhurst and other universities worldwide in record numbers. The AIM program is housed in the division of Student Life and was originally housed in the Learning Differences Office. Since 1984, The Learning Differences Program at Mercyhurst University has educated and assisted thousands of students with disabilities to succeed in college; earn a degree and go on to make a difference in the world. In 2008, Mercyhurst introduced the Autism Initiative at Mercyhurst (AIM) to meet the unique needs of the growing population of college students diagnosed with Autism Spectrum Disorders (ASD). The AIM Program focuses on building a foundation of self-advocacy, social skills, and sound academic progress. Mercyhurst has become a leader and a resource for many other institutions across the country. Very few colleges and universities across the United States offer a program of collegiate support like AIM for this cohort of students. Too few are equipped to educate college and post-secondary students diagnosed with ASD.

Mercyhurst and the AIM program have become one of the primary resources in the country for autism support services in the higher education setting. The broad expansion of AIM’s success and large influx in applications to our program have surpassed even our strongest aspirations from when we started back in 2008 with just four students. The AIM program serves over 70 students on campus every academic year. Since the inception of the program we have added numerous components to AIM to enhance the experience and success of the AIM students on campus and after graduation.

How to Apply to the AIM Program

To receive full consideration for fall admission to the AIM program, students are encouraged to apply to the AIM program by February 1. For applications received before the deadline, AIM admission decisions will be sent by April 1. Applications received after the February 1 deadline will be considered if/when additional program openings become available.

Applicants who wish to be considered for acceptance into the Autism Initiative at Mercyhurst will need to complete the following process:

CREATE is a nationally-acclaimed summer experience (by application only) designed to help potential students determine whether they are ready for the demands of college life. Students live in a Mercyhurst residence hall, eat in the college dining hall, enroll in a three-credit college course, and interact with fellow students in a variety of social activities and settings. The students also participate in the College 101 Series and the Mini Lecture Series to familiarize them with college departments and expose the participants to different faculty and lecture styles. After completing the program, all students will receive a formal written assessment documenting their performance throughout CREATE. The report will highlight their strengths and/or weaknesses and make recommendations to support their transition to a residential college life as a full-time student.

The 2022 CREATE session is scheduled to take place from July 9 to July 30, 2022. The deadline to apply to the CREATE Summer Program is March 1. CREATE admissions decisions will be sent by April 1.

How to Apply for the CREATE Summer Program

The CREATE Program application is separate from the University admissions and the AIM admissions application. Funding for the CREATE program may be available through your local vocational rehabilitation office. If you have questions, please reach out to the AIM Office at 814-824-2325.

Raise the Roof for Autism

Raise the Roof for Autism – Developed and implemented two separate initiatives that took place in Tanzania Africa in Feb 2015 and January 2017. 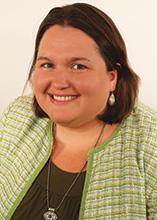 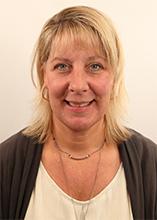 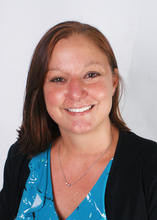 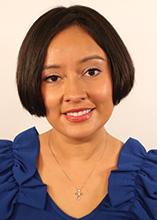 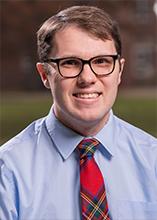