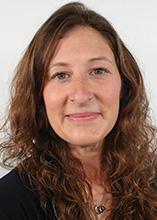 Dr. Jones enjoys cooking and exploring the expanding Erie cuisine, coffee and culture, as well as quilting. When she’s not in Zurn with her students, Dr. Jones can be found on hiking trails near and far and hanging out with her little hound, Laika.

Dr. Jones’s research is in physics education. This research is a blend of traditional physics, cognitive science, psychology, learning sciences, and education. In particular, Dr. Jones focuses on how students transfer knowledge to novel contexts and focuses on a knowledge-in-pieces approach. In particular, her current emphases are optics and students use of mathematical reasoning in physics.

Current and past research students: