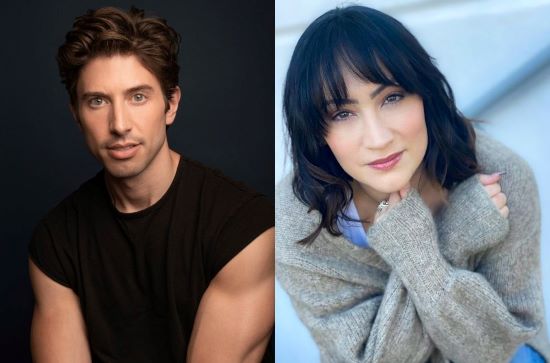 Now in its sixth year, The 501 is a membership society for patrons who wish to enhance their performing arts experience while also supporting the arts at Mercyhurst. Members enjoy exclusive benefits, including first access to tickets, premium seats at star-studded performances, special events, and more.

One hundred percent of each 501 membership supports MIAC’s mission of strengthening the vibrancy of the Erie region through richly varied, inclusive cultural experiences.

The signature event of each season is the annual 501 Summer Soirée. In previous years, members have enjoyed world-class performances from Max von Essen, Audra McDonald, Mike Super, and Betty Buckley, along with cocktails in the garden, a picnic in the park, and a street fair.

This year’s soirée takes the form of an elegant picnic, replete with picnic baskets, mason jars, sunflowers, and paper lanterns. Guests will be seated on the stage of the beautiful Mary D’Angelo Performing Arts Center, where they will enjoy tapas and drinks before being treated to an intimate concert by Adams and Espinosa.

Nick Adams, who also serves as an honorary member of the MIAC advisory board, co-stars as Cooper in the new Fox/Searchlight feature film “Fire Island” and can be heard on the recently released studio album “Drag: The Musical.”

Notably, he originated and starred as Adam/Felicia in the Tony winning Broadway musical “Priscilla Queen of the Desert,” which earned him an honor from the American Theater Hall of Fame, two Broadway Audience Choice Awards, and an Astaire Award nomination for Best Dancer on Broadway.

He received national critical acclaim for his recent portrayal of Whizzer in the North American Tour of Lincoln Center Theater’s Broadway production of “Falsettos.” Adams was the final actor to star as Fiyero in the first national touring production of “Wicked,” and he originated the role of Damian in the world premiere of “Mary and Max” at Theatre Calgary.

Adams is one of the founding members of the Forest of Arden acting company and performed the new work, “American Dream Study,” under the direction of Michael Arden. Other Broadway credits include “A Chorus Line,” “Guys and Dolls,” “Chicago,” “La Cage Aux Folles,” and “The Pirate Queen.” TV/film highlights include Dallas Drake on “The Other Two” (HBO Max), “Sex and the City 2,” “An Englishman in New York,” “Still Waiting In The Wings,” “Smash,” “As the World Turns,” “Guiding Light,” “Go-Go Boy Interrupted,” “It Could Be Worse,” “The Kennedy Center Honors,” “Regis and Kelly,” “Good Morning America,” “The View,” “The Today Show,” “Dancing With The Stars,” “The Macy's Thanksgiving Day Parade,” “Best Time Ever with Neil Patrick Harris,” and multiple telecasts of The Tony Awards.

Among his concert performances are the New York Pops at Carnegie Hall, Boston Pops, Indianapolis Symphony Orchestra, Baltimore Symphony, Naples Philharmonic, Erie Philharmonic, guest soloist with NYC Gay Men’s Chorus, guest soloist with Boston Gay Men’s Chorus, Feinstein’s At The Nikko, Feinstein’s 54 Below, Joe’s Pub, and Birdland. He has instructed several master classes nationwide and internationally, has served on the guest faculty of The Boston Conservatory Musical Theatre Dance Intensive as well as The Broadway Dreams Foundation, and is regarded as a Capezio Dance Athlete. He has been featured in several national media outlets including Vanity Fair, DNA Magazine, OUT, the Paper Magazine “Beautiful People” issue, and the covers of Dance Spirit and Instinct Magazine. Adams holds a BFA from the prestigious Boston Conservatory.

Eden Espinosa is recognized for her critically acclaimed portrayal of Elphaba in "Wicked” on Broadway, Los Angeles, and San Francisco. Other Broadway credits include originating the title role in “Brooklyn the Musical,” and Maureen Johnson in the closing company of “Rent.” Her regional credits include Eva Peron in “Evita,” Sadie Thompson in “Rain,” Emma Borden in “Lizzie,” Daniela in “In the Heights,” Mary in “Merrily We Roll Along,” Mama in “The Gardens of Anuncia,” and Tamara De Lempicka in “Lempicka,” directed by Rachel Chavkin.

Her television appearances include “Law and Order,” “Ugly Betty,” and “Elementary.” Voiceover credits include Cassandra in “Tangled the Series,” “Robot Chicken,” “MAD TV,” “Elena of Avalor,” “Titan Maximum,” and The Queen of Hearts in “Alice’s Wonderland Bakery.” Eden’s albums “Look Around” and “Revelation,” her album of original music, can be found on all streaming platforms and available on her website.

Patrons can secure last-minute tickets to The Summer Soirée by joining The 501. For more information, visit The 501 webpage.