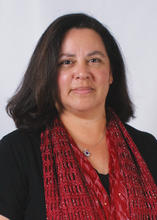 Dr. Verna Marina Ehret is an associate professor of Religious Studies at Mercyhurst University. She holds a Ph.D. in Modern Religious Thought from the University of Iowa, an M.A.R. in Philosophy of Religion from Yale Divinity School, and a B.A. in Philosophy from Hamline University. Dr. Ehret also currently serves as the Director of the Evelyn Lincoln Institute for Ethics and Society at Mercyhurst. She is the Interim President of the Eastern International Region of the American Academy of Religion, and is on the board and a past president of the North American Paul Tillich Society as well as the co-editor of the Society’s Bulletin. She also serves on the editorial board of the Tillich Research series from DeGruyter Press and on the steering committees for the Religion and Humanism Group and the Ricoeur Group of the American Academy of Religion.

Her primary fields of study are philosophical and constructive theology. Much of her current work is on narrative as well as religion and violence. Her most recent publications include, “Contemporary Religious Changes in the U.S.: Responses to the Fracturing of Religious Life” in Religions, April 2019, “A collaborative approach for the teaching of the ethical and technological issues surrounding gene modification” with Amy M. Danowitz in International Journal of Ethics Education, October, 2018, “Imago Dei to Ciphers of Transcendence: Narrative Theology of the Integrity of Life” in Journal of Religion and Theology, June 2018, and “Transcontextual Narratives of Inclusion: Mediating Feminist and Anti-Feminist Rhetoric” in Religions, May 2018.