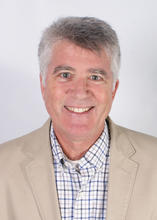 He specializes in South Asian religions and philosophies. His articles have been published in Philosophy East and West, Journal of Ecumenical Studies, International Journal of Hindu Studies, Journal of Vaishnava Studies, and Horizons, among others, and he has written or edited four books: Knowing Beyond Knowledge (Ashgate, 2002), a study of the cognitive dimension of religious experience in Hindu Advaita, Gurus in America (SUNY, 2006), a volume he co-edited with Cynthia Ann Humes, Soulsong: Seeking Holiness, Coming Home (Orbis, 2006), and The Dalai Lama: Essential Writings (Orbis, 2008), an edited volume of the philosophical, ethical, and meditation teachings of the Dalai Lama.

Dr. Fortshoefel teaches courses such as: Hinduism, Buddhism, Poetry of the Sacred, and New Religious Movements.