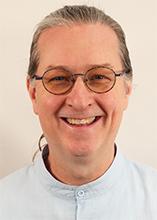 In addition to his teaching responsibilities, he serves as the coordinator for the annual Tri-State Music Festival and has served on the Board of Directors for JazzErie. Meier also plays professionally with several local ensembles including the Presque Isle Saxophone Quartet (as a founding member), the Misery Bay Big Band, the Doug Dressler Big Band, and Winds on the Lake.

Scott Meier, Associate Professor of Saxophone and Music Education, began his studies at the University of Wyoming, receiving a Bachelor of Science degree in music education. After seven years of teaching instrumental and choral music in the Arizona public schools, he earned his Master of Music in woodwind doubling at the University of Redlands in Redlands, California where he studied saxophone and conducting with Eddie R. Smith. Later, during his doctoral work at The Florida State University he studied conducting with James Croft, Rodney Eichenberger, and Andre Thomas.

Meier is currently an associate professor of music education in the D’Angelo Department of Music. He teaches applied saxophone, conducts the wind and jazz ensembles, teaches music education and technology courses, and is conducting research in multimedia education and the transfer of learning.