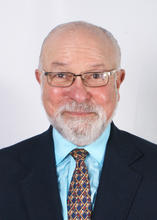 Peter Correa was born in Rio de Janeiro. He immigrated to the United States as a child and finished high school in Fort Myers, Florida. He graduated from the United States Military Academy at West Point, NY with a B.S. in Engineering/Leadership. He earned a M.S. in Financial Management from the Naval Postgraduate School in Monterey, CA and spent 24 years as an Army Officer, retiring from active duty in 1996 as a Lieutenant Colonel. His military assignments included service as:

“The Colonel” reinvented himself as an educator upon his retirement from the service and is pleased to have become a facilitator of learning at Mercyhurst University/Ridge College in 2019. His courses include: