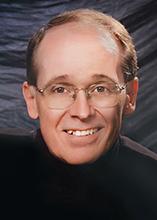 Michael
Gleason
B.A.
Ballet Instructor
mgleason@mercyhurst.edu
Prior to coming to Mercyhurst University Mr. Gleason was the Executive Director of DANSOURCE, a national information service and referral service that he co-founded in 1985. His professional performing experiences embraced not only ballet, but also modern and jazz. They carried him from one coast to the other and back again, including seasons with The Metropolitan Opera Ballet, The Cleveland Ballet, The San Francisco Opera Ballet and numerous guest appearances with companies throughout the country. He began his training in Los Angeles with Eugene Loring and continued his studies in San Francisco, New York and Seattle. He was been a member of the Interlochen summer dance faculty from 1998 to 2004 and presented Preparation for Auditioning for the 2005 Pointe Magazine Audition Workshop in NYC. His talents also include visual art, set, lighting and costume design and coaching. Mr. Gleason teaches ballet technique, pas de deux, men’s class, music for dancers and production practicum.
sfy39587stp16