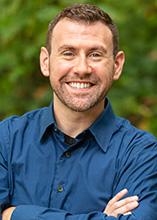 Matt was a 2021 Second Prize winner of the American Prize in wind conducting and a 2015 semi-finalist in the National Band Association’s Young Conductor Mentor Project. In 2019, he was a finalist for conducting positions with both the United States Army and Air Force Bands – an honor reserved for a select few each year. As an artistic leader, Matthew has guided his ensembles through the process of becoming independent non-profit entities and has expanded programming with each of his organizations. In 2019, he established the Tom Baker Young Artists Competition with the Euclid Symphony Orchestra. The annual competition awards the winner a performance opportunity with the ESO and a cash prize.