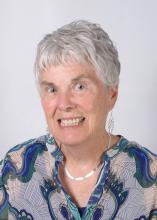 Dr. Mary Hembrow Snyder is Professor of Theology & Religious Studies and Director of the Wm. C. Sennett Institute for Mercy & Catholic Studies. She has been a member of the Mercyhurst community for the last thirty-three years.  Dr. Snyder is also the Director of the Catholic Studies Program and Coordinator of the Joan D. Chittister, OSB, Lecture Series and Archive at Mercyhurst University.