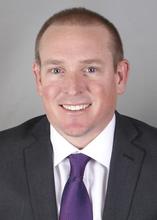 Dr. Morris received his Bachelor of Arts at San Diego State University, Master of Arts at California State University at Fullerton and Master of Public Administration and doctorate at Idaho State University. He is an Associate Professor, serves as Chair of the Department of Political Science Department, and the founder and director of the Mercyhurst Center for Applied Politics.  Dr. Morris has conducted dozens of public opinion polls since 2010, and his polls have been reported by every major news organization in Pennsylvania and Ohio, and by national news organizations including National Public Radio: State Impact, RealClearPolitics.com, CNN.com, MSNBC.com, the Today Show, and NBC’s Hardball. As Mercyhurst University’s senior political analyst, Dr. Morris regularly provides analysis and commentary for television, radio, print, and online news organizations. He is the former Director of the Mercyhurst University Honors Program and was a visiting professor at Idaho State University before coming to Mercyhurst. He is originally from Claremont, California.