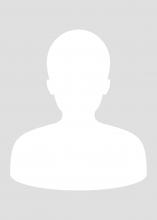 Jacob
Malec
M.M.
Private Lesson Instructor, Trumpet
jmalec@mercyhurst.edu
814-824-2394
Jacob Malec is a graduate of the College of Fine Arts of Carnegie Mellon University where he earned a Master of Music in Trumpet Performance while studying with Neal Bernsten of the Pittsburgh Orchestra and jazz improvisation with Dr. John Wilson. Jacob also had a graduate assistantship and a performance fellowship with the director of Jazz Studies David Pellow. Jacob has performed in numerous locations in Europe, Africa, and the Middle East, as well as on the east coast of North America ranging from Florida to Nova Scotia, Canada. Jacob was also a member of the US Army Band from 2002 to 2006. He was deployed in support of Operation Iraqi Freedom and performed in a US Army rock band, Government Property, whose goal was to provide R&R for deployed soldiers and support USO performances. In addition to teaching the trumpet studio at Mercyhurst University, Jacob has a Master’s degree in Curriculum and Instruction from Gannon University and teaches instrumental music, jazz improvisation, and music history at General McLane High School in Edinboro Pennsylvania.
sfy39587stp16