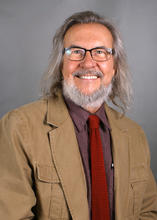 Daniel Burke, Professor of Art, was born and raised in Erie, Pennsylvania, began his formal study of art at Erie Technical High School. He attended the Columbus College of Art and Design for several years and served in the U.S. Army for three years. With the aid of the GI Bill, he received his Bachelor’s degree from Mercyhurst University and his Master’s from Edinboro University of Pennsylvania. He has served as both Art Department Director and Art Department Chair at Mercyhurst University. Mr. Burke teaches courses in Drawing, Painting and Two-Dimensional Design.

In addition to being an artist-in-residence at the MacDowell Colony in Peterborough, New Hampshire on two occasions, Mr. Burke has won prizes and honors in over 60 juried competitions; winning awards in 28 national and international shows. He was awarded a Mid-Atlantic Arts Council grant for works on paper and was four times a recipient of a Pennsylvania Council on the Arts Visual Arts Fellowship, most recently in 2008. In 2001 Edinboro University of Pennsylvania named him a Distinguished Alumnus in Art. To date, Mr. Burke has had twenty-six one-person shows. He has been listed in Who’s Who in American Art since 1973; Who’s Who in the East; Dictionary of International Biography; International Directory of the Arts; Outstanding Young Men of America; International Who’s Who in Art and Antiques; Biographical Directory of American Artists; Who’s Who in Society and other publications. The artist’s paintings, drawings, and installations are in numerous permanent, corporate and private collections.