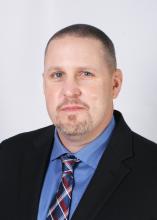 Brian A. Fuller is Director of Operations for the Ridge College of Intelligence Studies and Applied Sciences at Mercyhurst University, a position he assumed in December 2019. As the Director of Operations Fuller supports all operations related to the academic curriculum or Ridge College activities.  This includes working as the Director for the Center of Intelligence Research, Analysis and Training (CIRAT), Director of the Innovation Entente Lab (IEL), and overseeing the college's internship program. Previously, he served as a Senior Open Source Intelligence (OSINT) instructor for the Department of the Army’s OSINT Office, where he was charged with overseeing the Army’s OSINT training program for the Midwest and Rocky Mountain regions. He trained Army intelligence professionals at the strategic, tactical and special operations levels. He managed the training curriculum, personnel, financial and administrative affairs of the program while participating as a subject matter expert in the intelligence communities’ OSINT program and operational development working groups, ensuring the continued growth of the discipline and associated tradecraft and technologies.

Fuller earned his degree in Intelligence Operations from Cochise University, and is currently working towards his Master of Science in Applied Intelligence and additional minor in Data Science from Mercyhurst University.

He serves as a member of the Military Intelligence Corps Association Knowlton award recipients, the Military Order of the Purple Heart, and Non-commissioned Officer Association. Fuller also serves his community as a varsity high school football coach and as a member of the Erie Coalition on Combating Human Trafficking. Fuller serves as the president of the Board for the Bodhi Gardens Initiative, a 501c3 nonprofit providing services to Veterans in crisis and helping to solve the food desert problems facing the Erie, PA community.  Fuller also serves his community by serving as a board member and operations director for the North East Little League, a member association of the International Little League organization.  He also serves as a Trustee for the NWPA Military Order of the Purple Heart association, for which he is also a registered member.