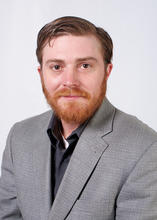 Dr. Scharff is currently working on publishing his dissertation entitled “Busy Mischievous Fellows”: Imperial Agency in Pennsylvania During the Seven Years’ War, which examines the interaction of Pennsylvanians and British agents of authority in the colony in the mid-eighteenth century.  His teaching and research interests include colonial America, the early British Empire, and Native Americans.  He also works closely on public history projects with students and local organizations, including the Fort Leboeuf Historical Society and the Flagship Niagara League.  He is authoring a series of articles with the Flagship Niagara League touching on the collaboration between that organization and the university. He serves as the Vice President of the Pennsylvania Historical Association.