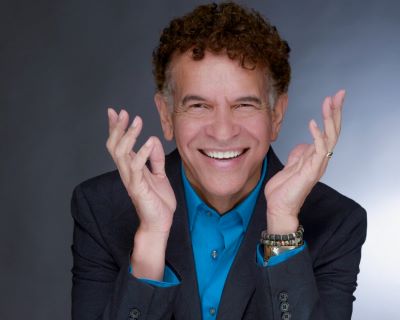 The Mercyhurst Institute for Arts & Culture continues its summer 2021 season with one of Broadway’s most acclaimed leading men, Brian Stokes Mitchell, who will take the stage of the Mary D’Angelo Performing Arts Center on Sunday, July 11, at 3 p.m. and 7:30 p.m.

Dubbed “the last leading man” by The New York Times, two-time Tony Award winner Brian Stokes Mitchell has enjoyed a career that spans Broadway, television, film, and concert appearances with the country’s finest conductors and orchestras. He received Tony, Drama Desk, and Outer Critics Circle awards for his star turn in Kiss Me, Kate. He also gave Tony-nominated performances in Man of La Mancha, August Wilson’s King Hedley II, and Ragtime. Other notable Broadway shows include Kiss of the Spider Woman, Jelly’s Last Jam, Women on the Verge of a Nervous Breakdown, and Shuffle Along.

He received his most recent Tony, the Isabelle Stevenson Award, for his work as Chairman of the Board for The Actors Fund, a charity that helps anyone who has made a living in show business and the performing arts in times of need, crisis, or transition. That same year, he was inducted into the Theatre Hall of Fame.

An extremely versatile singer, Stokes has performed at venues spanning jazz, opera, pops, country, and the musical theatre world. He has worked with John Williams, Keith Lockhart, Michael Tilson Thomas, Leonard Slatkin, the late Marvin Hamlisch, The Smithsonian Jazz Masterworks Big Band, The Mormon Tabernacle Choir, and The Muppets. Stokes has made multiple appearances at Carnegie Hall beginning with his debut with the San Francisco Symphony through his televised performance in South Pacific, opposite Reba McEntire, to his sold-out solo concerts, which he continues to perform throughout the U.S.

He has been invited twice to perform at the White House and has performed for Presidents Clinton and Obama. His musical talent has extended to the present day as producer, arranger, and orchestrator on his own albums, including his latest recording, Plays with Music.

His extensive screen credits began with a seven-year stint on Trapper John, MD, and have continued with memorable appearances on everything from PBS’ Great Performances to Frasier, Glee, Jumping the Broom, and his most recent recurring roles on Mr. Robot, Madam Secretary, The Path, and The Blacklist.

Tickets are $35 for adults, $30 for seniors, and $25 for non-Mercyhurst students and youth 12 and younger. Tickets can be purchased at the MIAC ticketing site or by calling the box office at 814-824-3000 (Tuesday-Thursday, 12-5 p.m.). Each order is subject to a $3 per ticket processing fee, regardless of purchase or payment method.

This performance is made possible through the generosity of Dr. & Mrs. Robert Guelcher, Humes Chrysler Jeep Dodge & Ram, Knox Law, and Make It Fabulous Catering & Events.

Please note: Seating has been reduced to 40% capacity, and seats have been blocked off for at least 4 feet of physical distance between parties. Patrons who are fully vaccinated and asymptomatic are not required to wear a mask.