Mercyhurst to host City of Erie Police with sensitivity training

Police Training Academy to expand curriculum with like programming 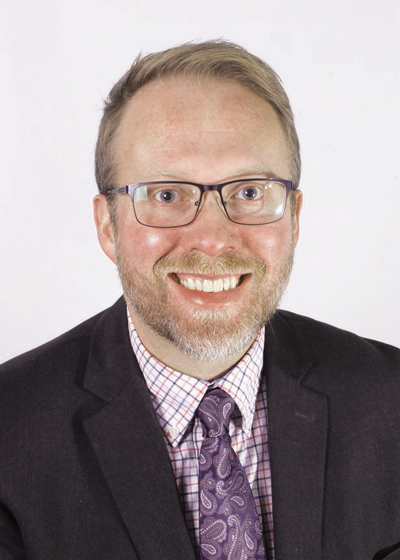 Before Mercyhurst University welcomes new students and upperclassmen to campus this fall, it will first greet officers of the Erie Police Department, whom the university has agreed to host for training in cultural sensitivity and diversity.

The training will take place on the Erie campus over a two-week period in July and will follow CDC guidelines relative to COVID-19 mitigation. Groups of 25 officers or less will physically distance in the university’s larger lecture halls as part of the process.

The training will be conducted by Mercyhurst Associate Professor of Religious Studies Dr. Richard McCarty, who is a member of Erie Mayor Joseph Schember’s LGBTQA+ Advisory Council. He has been among the advisors meeting with the mayor and Police Chief Daniel Spizarny to discuss the protest that occurred in downtown Erie on May 31, the police response to it, and how the city might best move forward.

Among the recommendations was an updated and timely course on cultural sensitivity training, an area in which McCarty is well-qualified. Through the Greater Erie Alliance for Equality, McCarty has offered diversity training sessions for a number of Erie institutions, including G.E. Transportation/Wabtec, Erie Insurance, Erie Veterans Hospital, Scott Enterprises, and Presque Isle Downs and Casino.

“As an ethicist, I advocate for restorative social justice and a better understanding of human diversity—recognizing that strong communities are those that continue to improve upon mutual respect, boundaries, and accountability,” McCarty said.

In addition, Provost and Vice President for Academic Affairs Dr. Leanne Roberts said the university intends to offer the same training to its cadets at the Mercyhurst Police Academy.

“Considering that Mercyhurst University has both the experience and the expertise in cultural sensitivity training, it makes sense that we employ it for the greater good of our police, our cadets, and our community,” Roberts said.

Police Academy Director Bill Hale said that the academy’s curriculum, which is mandated by the Pennsylvania Police Officers’ Education and Training Commission, includes a block on procedural justice, but further enhancement will offer cadets a deeper perspective. He said he is meeting with McCarty on Friday to explore ways in which the academy’s new virtual reality system might be incorporated into McCarty’s training sessions.

Meanwhile, the training will include:

McCarty is a published author on issues of religion and ethics and is a member of the American Academy of Religion (AAR). He was a founding board member of the Greater Erie Alliance for Equality, a non-profit educational organization for LGBTQ equality, and has served there as board president and advisory council chair.

McCarty teaches a wide variety of ethics courses at Mercyhurst, attending to issues of race, ethnicity, peace and justice, gender, sex, and LGBTQ+ issues. He participates in and provides training on similar issues through the Penn West Conference of the United Church of Christ. He has served in advisory roles for various government officials and has participated in state policy hearings.

McCarty holds a doctorate in religious studies from the University of Iowa, specializing in ethics. As part of his clergy vocation, McCarty serves as a pastor of Community United Church in Erie.