Mercyhurst ranked in top third of regional universities by US News 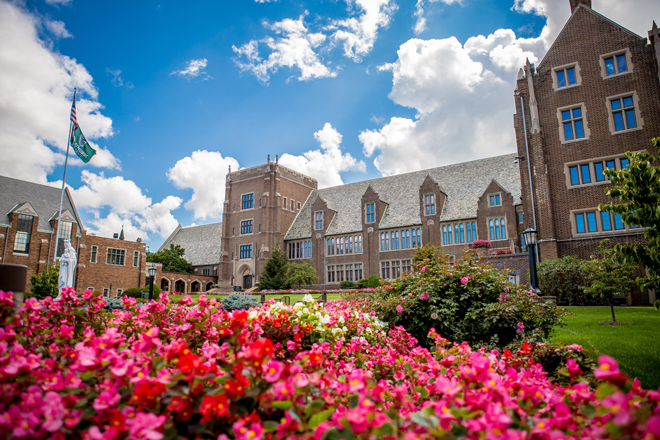 Mercyhurst University is ranked in the top third among 135 “Best Regional Universities in the North,” climbing from #48 last year to #38 this year, according to U.S. News & World Report’s 2021 Best Colleges.

Mercyhurst also climbed in two other categories: from #63 to #48 among “Best Value Schools” and from #26 to #18 for “Best Schools for Veterans.”

U.S. News considers 17 metrics when ranking schools for academic excellence, placing the largest emphasis on a college’s ability to retain and graduate its students. Other factors include class size, undergraduate academic reputation and how much a school spends per student on instruction and other related educational expenses.

“Our strong rankings demonstrate the quality and talent of our students, faculty, and staff as well as our commitment to excellence in academics, innovative programming, lifelong learning, and the growth of our professional programs,” said Mercyhurst University President Michael T. Victor.

According to U.S. News & World Report, Best Value Schools are calculated by considering the school’s academic quality and the net cost of attendance for a student who received the average level of need-based financial aid. “The higher the quality of the program and the lower the cost, the better the deal,” according to the methodology. “Only schools ranked in or near the top half of their categories are included because U.S. News considers the most significant values to be among colleges that are above average academically.”

Schools ranked among the “Best Colleges for Veterans” must achieve the following criteria, according to U.S. News: Be certified for the GI Bill, participate in the Yellow Ribbon Program, enroll a minimum of 20 veterans and active service members, and be in the top half of its U.S. News ranking category.

Not only does Mercyhurst meet that criteria, but last year it became one of only two universities in Pennsylvania to be named a “Purple Heart University” for its services and programming for veterans and their families. Further, in August, Mercyhurst was chosen as a host school – one of only three in Pennsylvania – for the Troops to Teachers program, which was established in 1993 to assist transitioning service members and veterans in beginning new careers as K-12 school teachers.