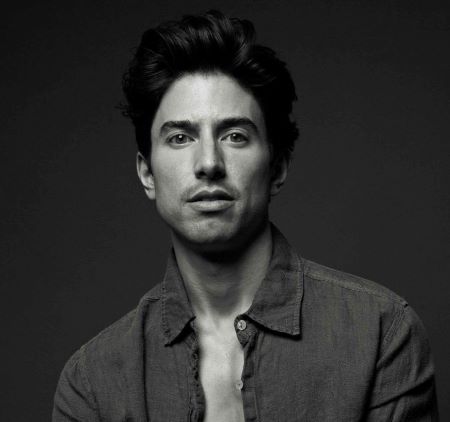 It’s always exciting when a local talent makes it big; be it Wall Street, the NFL, or Broadway. In terms of the latter, the Mercyhurst Institute for Arts & Culture is thrilled to welcome Broadway actor, singer, dancer, and Erie native Nick Adams to campus for a special outdoor concert on Thursday, May 20, at 8 p.m.

“Nick is well known in Erie circles, especially from the local stages where he first honed his craft,” said MIAC Director Brett D. Johnson, Ph.D. “We are eager to welcome him back home for this special event, our first in-person concert since March 3, 2020.”

Johnson said the concert will be set under the starry sky atop the university’s parking garage, where Adams will perform before what promises to be a small-but-mighty crowd. Because of Mercyhurst’s continued compliance with COVID-19 guidelines, a limited number of $25 general admission tickets are being sold.

Adams most recently performed American Dream Study with the Forest of Arden acting company under the direction of Michael Arden. He received critical acclaim for his recent portrayal of Whizzer in the North American tour of Lincoln Center Theater’s Broadway production of Falsettos. Notably, he originated and starred as Adam/Felicia in the Tony-winning Broadway musical Priscilla Queen of the Desert, for which he was named American Theater Hall of Fame Honoree, Broadway Audience Choice Award winner, and Astaire Award nominee.

Adams was the final Fiyero in the first national tour of Wicked and Damian in the world premiere of Mary and Max at Theatre Calgary. Other Broadway performances include A Chorus Line, Guys and Dolls, Chicago, La Cage Aux Folles, and The Pirate Queen. TV and film appearances include The Other Two (HBO Max), Inventing Anna (Netflix), Sex and the City 2, An Englishman in New York, Still Waiting in The Wings, Smash, As the World Turns, Guiding Light, Go-Go Boy Interrupted, and It Could Be Worse.

If you’re interested in purchasing tickets to the concert, e-mail Johnson at bjohnson@mercyhurst.edu. Include a phone number, and someone will call you within 24 hours, Monday-Friday.

All patrons must complete a self-screening before leaving home on the day of the performance: COVID-19 Guest Screening Form. Wearing masks and social distancing will be strictly observed.