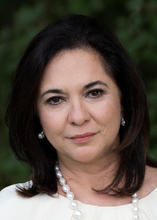 After retiring from the stage, Ms. Guadalupe served as Director and Principle Teacher at The Cleveland Ballet School, the School of Cleveland Ballet.  There she was credited for maintaining the school’s high quality of training and artistic standards.  Concurrently, she acted as an Artistic and Company Teacher for Cleveland San Jose Ballet Company.  She has also been a Adjunct Instructor for the Cecchetti Council of America, American Ballet Theater, Ballet De San Juan, Ballet San Jose, Ohio Ballet, Rochester School of Ballet and The University of Akron.

Ms. Guadalupe has been recognized as a Distinguished Teacher in the Arts and for Promotion of Excellence in the Arts by the National Foundation for Advancement in the Arts.

Ms. Guadalupe has demonstrated success operating dance rehearsals and obtaining choreography objectives, excellent classical dance movement coaching skills and student relationship experience.  With a dynamic and practical approach to instruction she has assisted students in effective training and application of their objectives.  Her success is attributed to her extensive arts experience and supplemented by her studies at Cleveland State University where she graduated in Psychology.

In addition to the above mentioned accomplishments, in July of 2015 Guadalupe was invited by the chairman of faculty at School of American Ballet, official school of New York City Ballet, to serve on the Alumni Advisory Committee on Diversity and Inclusion.