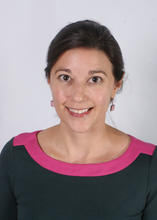 Dr. Ruth Burgett Jolie is an associate professor teaching socio-cultural anthropology at Mercyhurst and the director of the gender study minor. Her scholarly interests include public anthropology and museum studies as well as gender and kinship studies. Her most recent publication focused on public anthropology: a paper co-authored with Dr. Gwendolyn Saul entitled Inspiration from Museum Collections: An Exhibit as a Case Study in Building Relationships between Museums and Indigenous Artists in American Indian Quarterly 42(2).

While at Mercyhurst University, Dr. Jolie has focused on being a teacher-scholar and has incorporated senior students into her own research as well as guiding their research interests. In collaboration with Attorney Bollheimer and upper-level anthropology majors, she examined the changing perceptions in legal education and the legal field as they relate to a gender imbalance. This work has resulted in two presentations, the most recent was a paper presented at the 76th
annual Society for Applied Anthropology Meetings (2016) entitled Addressing Gender Parity in the Legal Profession.

Also within the larger rubric of gender studies, Dr. Jolie is currently involved in research that focuses on teaching sexual consent and bystander intervention to undergraduates; for example, she is a co-author with former student Mariesa Robinson on a 2017 paper delivered at the 77th annual Society for Applied Anthropology Meetings titled Perceptions of Sexual Assault Among Students at a Small Liberal Arts University. Dr. Jolie also participates in ongoing research projects examining archaeological textiles from the United States, with particular interest in how material culture is used by individuals to both create and reinforce their gendered roles.

Saul, Gwendolyn and Ruth Burgett Jolie
2018
Inspiration from Museum Collections: An Exhibit as a Case Study in Building Relationships between Museums and Indigenous Artists. In American Indian Quarterly
42(2).