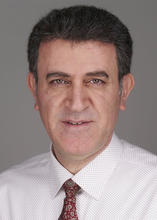 Dr. Musa Tuzuner is an Assistant Professor in the Department of Intelligence Studies. Dr. Tuzuner is the former Founding Director of Intelligence Studies Research Center and Master Program for Intelligence Studies at the Police Academy in Turkey. During his career in intelligence, he took leading position in planning and carrying out counterintelligence and counterterrorism operations. Furthermore, he has participated in UN Peacekeeping Operations in Kosovo. His area of research interests includes Governmental failure, international event data developments, conflict early warning, and intelligence theory. Dr. Tuzuner published on Journal of Peace Research, Review of International Law & Politics, and All Azimuth: A Journal of Foreign Policy and Peace. He is the author of “Intelligence Cooperation Practices in the 21st Century: Towards a Culture of Sharing (IOS Press, 2010).