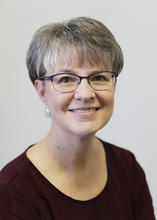 Jan has been with Mercyhurst University since 1997 when she started as the Academic Coordinator of Clinical Education for the Physical Therapist Assistant (PTA) Program. She assumed the role of Program Director in 2002. She achieved promotion to Assistant Professor in 2008 and was appointed Associate Dean for the Zurn College of Natural and Health Sciences in 2020.

Jan received her associate degree in physical therapy from Lehigh County Community College, a bachelor’s degree in psychology from Mercyhurst in 2002 and master’s degree in organizational leadership in 2006.

At a national level, she has served on the APTA Education Awards Committee, and has been a member of several committees and task forces for the FSBPT. She served as Co-Chair of the Exam Development Committee for the Federation from 2017 through 2019. She is a site visitor for the CAPTE and served as a Commissioner from 2015 through 2018, and was reappointed in 2020 for an additional four year term.