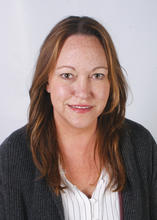 Deborah Davies (Deb) relocated from the hustle and bustle of Washington D.C. “Beltway” life to begin her career as an Instructor of Intelligence Studies at Mercyhurst in August 2019. Deb spent over two decades in Washington, D.C. working for the government in a variety of positions. Initially, she used her education (B.S. and M.S. Mathematics -Clemson University, M.S. Electrical Engineering -George Washington University) to work on various technical contracts throughout the Intelligence Community. Ultimately, the intrigue of adventure and complex Operations drew Deb to the CIA, where she worked for 16 years as a Special Operations Officer. She is passionate about security and safety issues, often focusing on educating girls and women.

Deb has travelled overseas extensively; however, her finest trip was to Australia where she met her future husband, Russell. He moved to the United States where they married in 2007.