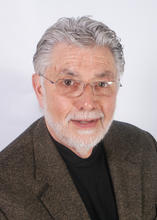 As a conductor and clinician C. Thomas Brooks has performed throughout the United States, Canada, and Europe, including such venues as Carnegie Hall in New York City, Victoria Hall in Geneva, Notre Dame Cathedral in Paris and the Salzburg Cathedral in Salzburg, Austria. In the Northeast he is well-known as a choral conductor, voice teacher, college professor, opera conductor, and clinician.

After completing graduate work at New England Conservatory he began his career in Erie (PA), where he organized and conducted the Mercyhurst College Choir and Chamber Singers. He was also chosen as the conductor of the Symphonic Singers of Erie in their twenty-fifth anniversary season. After three years he moved to the Hartt School of Music in Hartford (CT) where he conducted the Hartt Chorale, the Collegiate Singers, the Hartt Touring Opera Theatre, and the University Civic Chorus and Chamber Choir, and the Collegium Musicum.

He then joined the faculty of Gordon College (MA) as Chair of Fine Arts and the Chair of the Department of Music, a position he held for over twenty years. While in the Boston area, he conducted the Montage Chamber Singers (MA), followed by the chamber choir Cantillare (MA). His educational video series - Singing, Acting, Surviving - coauthored with stage director Ronald Luchsinger, was released by TRL Enterprises in conjunction with Schaffner Music Publishers, the publisher of the Thomas Brooks Choral Series.

From 1999-2013 he served as Director of Music for Traditional Services at the historic Park Street Church in Boston. In 2008 he was appointed conductor of the Boston area chamber choir Lyricora a position he presently holds. In that year he also co-founded and began his tenure as Managing Director of the Salzburg Institute of Religion, Culture and the Arts, with its international symposia, chamber music series, lecture series, and summer undergraduate study program in Vienna and Salzburg, Austria, which he held until 2019.

After retiring from his full-time teaching and church positions in Boston, his home base is now a 150 acre farm in Erie, which he shares with his wife soprano Susan Brooks and their dog Henry. He is currently Director of Choirs at Mercyhurst University since 2017. Professor Brooks continues his work clinicing choirs, leading choral workshops, conducting Lyricora, and overseeing the Salzburg Institute.