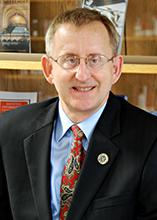 Barry A. Zulauf, Ph.D., is an Adjunct Professor of Applied Intelligence in Mercyhurst University’s Ridge College.  He is also an Associate in Harvard’s Applied History Program.  In 2022 he was named as the ODNI Referant in the Center for the Study of Intelligence. He was Recanati-Kaplan Intelligence Fellow in Harvard’s John F. Kennedy School of Government for 2021-22. Dr. Zulauf began his intelligence career in Naval Intelligence in 1988, with his most recent assignment as Assistant Director of Naval Intelligence for Legislative Affairs from 1993 to 1996. He has held multiple positions in the intelligence community including creating in 2006 and leading DEA’s IC member agency, the Office of the Director of National Security Intelligence, Chief of Targetting for NATO's International Security Assistance Force in Afghanistan 2007-08, ODNI Chair and Director of the Leadership and Management Graduate Program at the National Intelligence University, Chief of the Office of Analytic Integrity and Standards, and the statutory Analytic Ombudsman of the Intelligence Community from 2019-21.
Dr. Zulauf continued his work in Naval Intelligence as a Naval Reserve Officer, retiring in 2013. He is currently the President of the International Association of Intelligence Education (IAFIE).