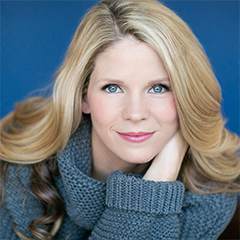 When
Thursday, May 05, 2022 - 7:30 pm
Where
Mary D’Angelo Performing Arts Center
Stage and screen star Kelli O’Hara has established herself as one of Broadway’s greatest leading ladies. Her portrayal of Anna Leonowens in The King and I garnered her the 2015 Tony Award for Best Leading Actress in a Musical, along with Grammy, Drama League, Outer Critics, and Olivier nominations. Other Broadway credits include Kiss Me Kate, The Bridges of Madison County, Nice Work If You Can Get It, South Pacific, The Pajama Game, The Light in the Piazza, Sweet Smell of Success, Follies, Dracula, and Jekyll & Hyde. Her concerts have gained international acclaim, spanning from Carnegie Hall to Tokyo. She is a frequent performer on PBS’s live telecasts and The Kennedy Center Honors and performs often alongside The New York Philharmonic. She will perform at the Mary D’Angelo Performing Arts Center on Thursday, May 5, at 7:30 p.m. Tickets are available at the MIAC box office website.
sfy39587stp16