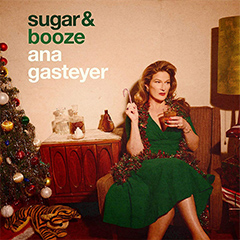 When
Tuesday, November 30, 2021 - 7:30 pm
Where
Mary D’Angelo Performing Arts Center
In addition to her celebrated work as a television actor, her six-season run on NBC’s Saturday Night Live, and her recent appearance on FOX’s reality competition The Masked Singer, Gasteyer has starred in multiple Broadway and televised musicals. Her new holiday album, Sugar & Booze, is a collection of festive seasonal songs that offers a swinging nod to the vintage holidays of yore with a modern touch and plenty of style. Gasteyer has toured with her band since 2016, delighting audiences and critics nationwide with her “high-octane vocals,” “topnotch swingin’ ensemble,” and “exuberant and rollicking entertainment.” She will perform at the Mary D’Angelo Performing Arts Center on Tuesday, November 30, at 7:30 p.m. Tickets are available at the MIAC box office website.
sfy39587stp16